AFTER KIMBALL SUCCESS, FUTURE DEMOLITION PROPOSED
McDowell County Solid Waste Authority Chairman Randall Patton approached the County Commission at Wednesday’s meeting to speak about the successful effort that saw 12 dilapidated structures cleared from the Town of Kimball.
“I think last August I approached you guys about using your excavator and you all helping,” said Patton. “It was very successful. Counting the money, the tipping fees paid by the DEP, what the Solid Waste put in and what you all paid, it was $32,550. That’s less than $3000 dollars a house and I don’t think anyone can tear one down for that anywhere else.”
Patton commended Commissioner Brooks for being on scene during the project as well as County Adminstrator Jennifer Wimmer for helping them navigate the paperwork required for the project.
“The DEP told me this was the biggest project that REAP had ever undertaken,” said Patton. “It took us almost a year to get this done, would you all be willing to do another one next year?”
Patton said he’d get back with them at the beginning of the year to pick a target area for the next demolition project, suggesting another area around along Route 52.
“One of the hold ups on the Kimball project was the ordinance. Some of these houses that were sold to the state for back taxes,” said Patton. “If someone hasn’t paid their taxes. whether it’s been five months or twenty years, you can’t tear a house down unless you get the owner’s permission. A way around that, is for you all to pass an ordinance. That would take care of that.”
Asbestos inspection costs were also an obstacle, costing $5000 for the Kimball project. Patton encouraged them to find someone certified for asbestos inspection again for the County.
“It looks really good up there,” said Patterson.
“Kimball is a nice looking town until you go up on that hill,” said Patton. “There’s still at least 70 structures that need torn down.”
“Jason from Region One said they had either reached Kimball or they were almost there,” said Patterson about an ongoing mapping project. “I think he said they’ve identified at least 1,500 structures between the county line to Kimball.”
“Another thing the Solid Waste Authority is looking at is in Maybeury,” said Patton. “The first thing you see when you come into town is a burnt house.”
“These people also have fire insurance, is there not something to pays to have the houses cleaned up after the fire,” asked Patterson.
“It’s a law that passed,” said Wimmer. “We have to write a letter saying it was cleaned up for them before they get like 10 percent.”

COMMISSION APPROVES BOND FOR MOUNT VIEW FIELD HOUSE/CENTRAL OFFICE
“We are now seven months in on working with you all on a lease financing revenue bond for a new central office, and athletic multi-prupose facility over by the football field (at Mount View High School),” said attorney Roger Hunter from Bowles-Rice, LLP.
Joining Hunter at Wednesday’s meeting were Superintendent Carolyn Falin and Director of Maintenance and Safety Will Chapman. Investment banker Eddie McCliney also attended to go over the  sale of bonds during a global pandemic.
“We wanted to go over where we are and what’s coming up,” said Hunter. “When you all adopted the order creating the new Building Commission, that order had some requirements that if the Building Commission issued any bonds, then you all would have to approve the amount and the purposes of that bond issue before they could sale any bonds.”
Hunter said McCliney had found two banks within West Virginia that would be willing to buy the bond, with a fixed interest rate of 3.1% across almost 15 years.
The newly formed Building Commission met after Wednesday’s County Commission meeting, with Hunter explaining that various bylaws would need adoption as well as the election of officers. Also read for the first time was a proposed ordinance that would authorize the issuance of the bonds. Two more readings will still be required to move forward, according to Hunter.
Hunter presented a resolution to the Commission that said they approved the issuance as well as the purposes of the bond.
“One other part of that order is periodic reporting every quarter during construction,” said Hunter. “Once a quarter, you’re supposed to get a report on that and these documents require that. Once it’s built, annual reports so you can make sure it’s being paid.”
Superintendent Falin presented renderings of the fieldhouse project to the Commission, giving them an idea of what the final product would look like.
“It looks real nice,” said Brooks.
“We had 4 bids that were opened on June 4th,” said Will Chapman with DCI Shire being the lowest bid. The estimated total cost of the central office/field house construction would be $5,675,000.
“I’d like Mr. McCliney to talk about how difficult it is to sell bonds in an economy that’s shutting down across the world because of a pandemic,” said Hunter.
Eddie McCliney of Kansas City, Missouri said that he had worked in the state of West Virginia for over 20 years and in approximately 70% of the school districts with a specialty in lease purchases.
“This project was impossible without your support and your willingness to create this building commission,” said McCliney. “This was a little bit of a unique issue. The coronavirus hit us right when we began to offer these bonds. I couldn’t get banks to call me back or express any interest whatsoever. No one knew where they would stand in the next week, or the next month.”
McCliney said this changed roughly a month ago, when two banks started expressing interest.
“This is a West Virginia issue so I spent a lot of time working with West Virginia banks to find a purchaser,” said McCliney. “A lot of times I can go to the Bank of America but that’s easy. But these guys are tax payers, they’re local. Usually I try to keep each bond issue easy and sell one bond to one person. Well the banks I was dealing with, Poca Valley and Union Bank, were smaller and both of them are buying this, each taking half.”
The way the financing will work is the Board of Education will deed the land over to the newly formed Building Commission, who will then lease it back to McDowell County Schools. The lease payments were arranged to cover the bond payments, giving the school system a way to make payments instead of find the funding upfront.
“They’re paying a lot to keep up an old, old building and I think it was mentioned at another meeting that they’re negotiating with the Fire Marshal to keep the building open,” said Hunter.
The Commission approved the resolution, formerly approving the bond request to fund the new structure at Mount View High School.
“We’ll be sure to keep you up to speed and you all have our number,” said Falin. “Please call us with any questions you may have.”
“These are trying times but you all are doing a great job,” said Patterson.
“We’re working really hard and it will pay for itself soon with what we’re paying now,” said Falin.

RADIO TOWER COMMITTEE BOARD MEMBERS
“We’ve had some issues with cell phone towers and emergency service broadcast towers,” said Patterson. “We’re going to form a committee to focus on that and we thought we need someone from police, fire, emergency services, radio communications and also a Commissioner. At this time, I motion to place Jimmy Gianato, James “Boomer” Muncy, Will chapman, Adam Gianato and Commissioner Brooks on the Radio Tower Committee.

FAILING WATER PUMP IN BRADSHAW
Mayor Brian Harrison approached the Commission seeking help with a failing water pump in the Town of Bradshaw.
“We’re getting estimates but we’re going to need some help,” said Harrison. “We’re looking at 20 to 35 thousand dollars to replace that pump. It’s 400 feet down in the ground roughly and we’ll have to have a crane to go through the skylight of the building to reach it.”
The pump is currently maintaining the water supply for the town at this time, but Harrison expected it to fall behind if water usage were to spike in the area.
“I talked with Lawrence this morning and he said the pump is fine but the line is leaking,” said Cody Estep.
“Well we’re not sure, it could be the pump or the line,” said Harrison.
“And you’ve got to pull it to find out,” said Estep.
“You’ll need a crane to go four hundred feet down,” said Patterson.
“Carol Miller’s office is trying to help with it, saying they could find a little bit of money,” said Harrison. “Getting these companies in here to do estimates has been really slow going. We’ve had to fill out credit applications which I thought was bizarre.”
Harrison said the water system in Bradshaw is 35 years old and never had any maintenance. Up until April of this year, it was a $16 flat rate for water customers. It has since been increased to $23.
“They’re still on a flat rate so there’s never any money left to put back for renewal and repairs,” said Harrison. “We’re up against it.”
Harrison said he plans to approach the EDA about the need once the estimates are in.
“We are turning out water plant over to the PSD, we’ve got 62 customers this month and next month it will go down to 60,” said Harrison. “We’re paying $23 dollars flat rate and you can’t sustain that.”
“We’ll help in any way we can,” said Patterson.

SEALED BIDS DEBATE
The Commission received sealed bids at Wednesday’s meeting for a recent bid on a trailer formerly used by the Sheriff’s Office.
$650, $551.
Eric Hamilton of Raysal was named the high bidder, but also in attendance was Barry Hale who claimed he had bid on the trailer as well.
“We had one bid for it at the last meeting, but it hadn’t been advertised yet,” said Cecil Patterson.
County Administrator Jennifer Wimmer explained that Prosecuting Attorney Emily Miller had said the bid couldn’t be accepted before it was publicly advertised at the previous meeting.
“We didn’t even open the bid,” said Patterson. “Did you bid this time Barry?”
“I gave it to Michael,” said Hale.
“And I turned it into the Clerk’s Office,” said Brooks.
“That must have been the one they didn’t accept,” said Linda White of the County Clerk’s Office.
Afterwards, the Commission’s moved to accept Eric Hamilton’s bid. Hale claimed that his bid was higher than what was accepted and that it had been turned in for consideration. The Commission ultimately chose to accept the bid presented at Wednesday’s meeting.

Other items for the Commission’s consideration at Wednesday’s meeting included: 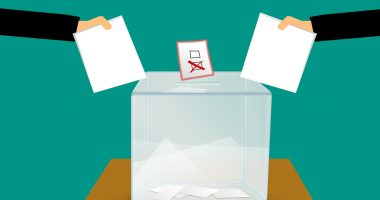 MCDOWELL CO., WV – As the clock struck midnight this past Saturday,… 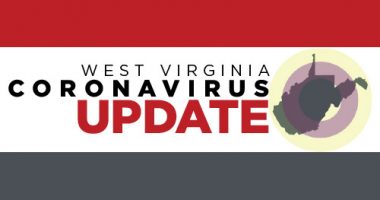 CHARLESTON, W.Va. – The West Virginia Department of Health and Human Resources…
By: Robert Bishop Back again, and before getting into an action-packed opening… 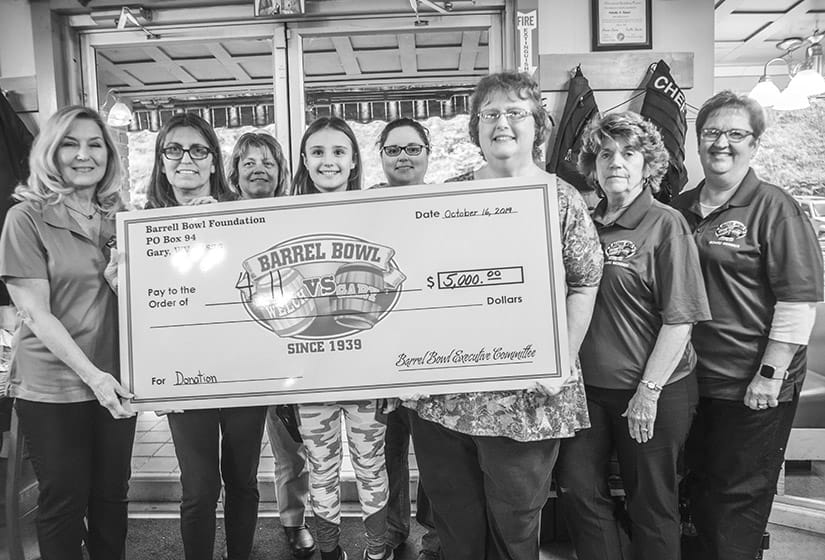 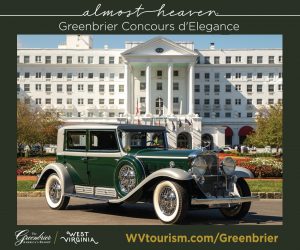 by WV Tourism - 4 hours ago

For a limited time we are giving away a week of unlimited free promotions for your organization. Our new LiveMarket Special Offers, Dining Deals, & Events reach thousands of local readers. Click below to get started.