Coronavirus Update: West Virginia financial industry working to stay ahead of the ‘curve’ and help customers

CHARLESTON, W.Va. — For financial leaders in West Virginia, staying ahead of the curve — while making strides to flatten it — has been crucial in managing the coronavirus pandemic.

From large financial institutions to community operations, the focus has been on safety and service.

Despite shifting guidelines in federal lending programs and uncertainty about funding availability, Prather said he and his team worked efficiently to ensure their customers’ loans were processed early on.

“All hands were on deck,” Prather said. “It was a super proud moment. There were a multitude of things we stepped up to do to ensure our colleagues and customers were safe, that the community was taken care of and that our customers were able to survive this and would be able to thrive on the other end because of the way we worked together.”

At a time when many faced layoffs and unemployment, Huntington offered multiple forms of economic relief for its customers, including fee waivers, interest-only payments and forbearance programs.

“We offered flexibility on loan repayment and waived all overdraft fees, and we offered a lot of leniency to those in need,” Prather said. “We led the way in terms of setting precedent for how we should react in a situation like this. We are the number one SBA lender in the country, and the number of [Paycheck Protection Program] loans initiated [were] 35,000 to the tune of north of $6 billion.”

Ensuring that customers knew about economic relief programs at a time when they felt most vulnerable was a priority for Prather. Alleviating stress over loan accounts was the “least” they could do, he said.

“This goes back to the Golden Rule: treat others as you want to be treated,” he said. “This was not a banking or finance crisis; it was a health crisis that no one saw coming or could do much about. As a bank that’s all about taking care of people, it was the right thing to do. We proactively and immediately set forth those [initiatives], and the payment relief early on was so welcomed by businesses and consumers.”

Throughout the last few months, Prather said he has been indescribably proud of the way his colleagues — as well as his state — stepped up and supported one another, whether it meant driving to a distant branch to fill in for a vacancy or putting in extra hours.

“Everyone rallied around one another, supported and helped where they needed to, and they were there to help reassure customers as well,” Prather said. “It was a proud moment as a leader of the organization to see the team step up in the way that they did.”

At Huntington, team members were given additional paid time off, emergency and caregiver leave, along with location flexibility and daily internal updates. For those who continued to work on-site, Prather said the bank sponsored meals from local restaurants.

“Our communities are the lifeblood of the bank,” Prather said. “We live in them. Everything we do is local … we aren’t who we are without them.”

Though much is uncertain, Prather said he still anticipates an economic recovery.

“The system in place is significantly greater than adequate to support recovery, and I fully expect one,” he said.

Brett Harper, financial advisor at Edward Jones in Charleston, W.Va., said he was also optimistic about the financial industry’s future.

“I can look to history and the market, and after every downturn, there’s always a recovery period,” Harper said. “Going forward, almost five months after [the pandemic began], the S&P closed within its record-high this week.”

Throughout the ongoing pandemic, previously-established digital meeting options helped clients stay up to date, he said.

“Prior to the pandemic, with any client I had, we’d discussed account access and the importance of looking at accounts online,” Harper said. “A lot of people just have phone appointments with us. It’s not out of the norm, but I did work remotely, and I’m still working remotely.”

In March, as the pandemic began and negatively affected the economy, Harper said he began reaching out to clients to reassure them during the uncertain time.

“Some people were very panicked in March, and some were not,” Harper said. “That’s a part of my job. People hire me to get them through good times and bad. I absolutely love working for my clients and helping them build their dreams and remind them we’re going to get to those dreams regardless of how the market is going.”

His calls were a personalized touch that customers appreciated, he said.

“We’ve gotten a few handwritten letters about the great service [customers] had,” Harper said. “Having a plan in place is the key to success. When our clients succeed, we do as well. Edward Jones is a partnership, we’re not publicly traded, so our feet are not held to the fire or dictated by quarterly earning statements. We do what’s best for our clients; we invest for long-term quality investments.”

At Harper’s branch, only three customers are allowed to visit for face-to-face interactions and with plenty of time between visits. Plexiglass barriers are also installed in offices, and chairs are positioned seven to eight feet apart during appointments, he said. Offices are also sanitized between and after client visits.

New clients are likely to request in-person meetings, he said, while existing clients are more likely to chat over the phone while reviewing portfolios online in real-time. For elderly customers who don’t access their accounts online, Harper said he mails out their needed materials in advance so they’re able to review documents during their phone conversations.

When it comes to the market, Harper said he encourages clients to stay level-headed.

“We have those conversations with clients from day one,” Harper said. “The market will go up and down always; that will always be true, and cycles and emotions don’t mix. Short term market declines don’t change a long term goal, so we need to maintain long term perspective during ups and downs.”

Nearly five months into the ongoing pandemic, George Ford, president and CEO of the Grant County Bank, said he and his colleagues are still working diligently to ensure their customers remain financially secure.

At the Grant County Bank, he said, customers aren’t just customers: they’re often friends and neighbors. Ford, who has been with the regional institution for 24 years, said he and his colleagues serve an estimated 7,000 to 10,000 customers between the Grant County Bank’s seven branches in five counties in the Potomac Highlands.

While working in a smaller institution, Ford said he’s had opportunities to wear many hats and build meaningful relationships over the years.

“It’s rewarding,” Ford said. “Community banking is a much more relationship-based type of business than perhaps larger [institutions] where it’s more transactional. We do know our customers. We eat with them at restaurants and we go to church with them. It’s very much relationship-based.”

In late March, Ford said the Grant County Bank followed suit and closed its lobbies, leaving online and drive-through options open for customers. When it reopened, employees made additional sanitization efforts, worked behind plexiglass barriers and alternated between working from home and working on-site to help limit the amount of individuals inside the buildings at one time. Ford said the transition to remote working went “smoothly.”

Managing the PPP for businesses, however, was an “immense undertaking,” he added. At times, he said, the FDA’s website was inaccessible for loan officers, which complicated their workflow.

“We were scrambling to do the best we could to get funded, and we were trying to do that with half [of us] remote,” Ford said. “I’m proud of the staff and how they responded.”

Initially, Ford said the forecast looked grim for some of the bank’s business clients, specifically those rooted in tourism, but the Grant County Bank presented several options for temporary relief, like the PPP, deferrals and interest-only payments.

“In April, May and June, any customer who asked for a deferral got a free month deferral, or they simply paid interest,” Ford said. “If they had the means, [we encouraged them to] at least pay the interest since it would be more beneficial for them in the long run… They were grateful to have that option; grateful to have that sense of security.”

Loan demands have been flat, Ford said, which had the effect of compressing banks’ main revenue source. He added that the Federal Reserve’s lowered interest rates “bottomed out” around the same time Americans “closed their wallets” and became more frugal about their spending.

Though much remains uncertain, Ford reiterated the importance of banking locally. When it comes to doing business, a close working-relationship can go a long way — and banking locally can help support one’s community in the process, he added.

“For the same reason that it is important to shop locally, when you support businesses in your community, those businesses are also supporting your community and giving money to organizations,” Ford said. “If you want to make a big difference in your local economy, bank, shop and dine locally.” 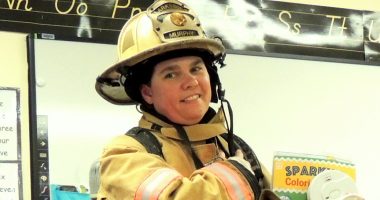 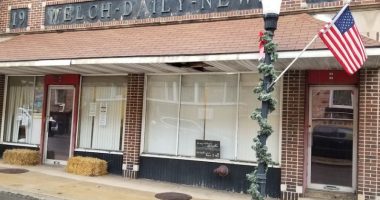