“Expansions like this are just another example of how all the work we’re doing to make West Virginia the most business-friendly state in the country is truly paying off,” said Gov. Justice. “I want to thank all the good people at kp for their commitment to West Virginia and Beaver and for being a strong local employer over the last 20 years.”

With this expansion, Klöckner Pentaplast, also known as kp, supports the continuous, increased demand for a higher percentage of post-consumer recycled content (PCR), in various food, consumer and health packaging applications. The investment will bring about several million dollars in economic development to the area and create 21 full-time jobs.

“Klöckner Pentaplast is very pleased to announce this expansion today along with Gov. Justice and representatives from the State of West Virginia and Raleigh County Commission,” said Klöckner Pentaplast’s representative, Mark Gonyar. “We’ve been honored to be part of West Virginia’s economy these last 20 years and look forward to continuing our partnership with the state for many years to come.”

Klöckner Pentaplast’s broad portfolio of packaging and product films and services are used in the sustainable food packaging, consumer goods as well as pharmaceutical and medical device industries. The company’s packaging protects product integrity and brand reputation while assuring safety and consumer health. With global sales exceeding $2 billion, the company is also a leader in sustainability and partners with retailers, recyclers and other groups to eliminate plastic waste and pollution.

“With expansions over the years, Klöckner Pentaplast has proven that they believe in West Virginia,” said West Virginia Secretary of Commerce Ed Gaunch. “I want to thank them for choosing our incredible state for this expansion and for continuing to enhance the local economy and further develop our workforce.”

The company established its facility in Beaver in 2000. Located at 121 Klockner Road, Beaver, W.Va., the facility manufactures and distributes plastic film and sheeting used in numerous packaging and technical applications.

Klöckner Pentaplast chose to expand its operations in West Virginia due to Beaver’s proximity to customers, local workforce availability, and regional transportation infrastructure.

According to sources working with the announcement, Today’s expansion creates 21 jobs and takes the company from 54 to 75 employees.

“Raleigh County is honored that Klöckner Pentaplast has chosen to expand their operations in Beaver, West Virginia,” said Raleigh County Commission President, Dave Tolliver. “We stand ready to continue to support their company as they positively impact Raleigh County and the New River Gorge region with their dedication to creating great jobs in southern West Virginia.”

Founded in 1965 in Montabaur, Germany, Klöckner Pentaplast has operations in 18 countries and employs more than 5,900 people committed to serving customers worldwide in over 60 locations, including 32 production sites. 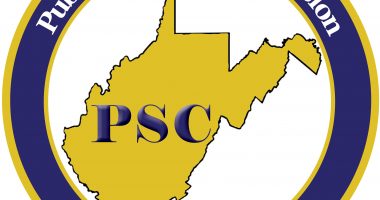