The Link to COVID-19 Herd Immunity is in the Supply Chain, Says WVU Business Expert

From WVU Today
The journey of the COVID-19 vaccine – from the factory to the needle injected into a patient – is not immune to breaks in the supply chain.

John Saldanha knows firsthand from his time in the Merchant Marines and at Dole Food Company that anything can, and likely will, go wrong before a product or service reaches its desired destination: the consumer.

At Dole, he monitored 500 containers of bananas daily to ensure they stayed within a temperature of around 57 degrees. If it wandered outside that range, he’d have to open the containers and destroy the contents.

The distribution of the Pfizer coronavirus vaccine requires similar care, in that it needs kept at a certain temperature — minus 94 degrees, to be exact, before the thawing process.

But there’s more links to the chain with the COVID-19 vaccine and, obviously, more at stake than spoiled fruit, explained Saldanha, Sears chair in global supply chain management and associate professor at the West Virginia University Chambers College of Business and Economics.

Chill out
More than 22 million doses of vaccines, one produced by Pfizer and one by Moderna, have been distributed across the country since early December. As of Monday (Jan. 11), West Virginia has received 109,440 doses and administered 90,645 of them.

“This is a historic case study and a new era of supply chain management,” Saldanha said. “It’s a new level of transparency, information availability and coordination.”
Unlike other vaccines, such as for the flu, the challenges of storing, transporting and administering these doses are multifaceted and untested.

Shelf life is a big variable. Pfizer’s vaccine lasts 30 days at the recommended glacial temperature of minus 94. This is where dry ice comes in handy, Saldanha said, but even that has its own complications. Vaccines leave the factory packaged in cases of dry ice and are taken to storage locations. Hospitals and many pharmacies have specialized freezers for items that must be kept super cold.

But if a shipment must be transported on a flight, that’s where things get dicey.
“Dry ice can be hazardous, and only a limited amount can be on airplanes,” Saldanha said.

The vaccine does not remain at the minus 94-degree temperature for the entire duration. Before being administered, it must thaw in a more conventional freezer to around minus 5 or 10 degrees for five days, Saldanha said. Once the vial is opened, it must be used within six hours and diluted with 0.9% sodium chloride.

“You’ve got to plan out how you’re going to provide these doses to patients,” Saldanha said. “There are big differences in this supply chain compared to the flu vaccine. There are multiple steps and each step must be executed on time. The flu vaccine is just sitting there waiting and ready for people to show up at the pharmacy or doctor and say, ‘Hey, I’m ready for my flu shot today.’”

Roads of uncertainty
Despite the countless hours of logistical planning on behalf of supply chain experts, factors beyond their control have led to delays in shipments in some parts of the country.

Vaccines have arrived late or in smaller quantities than expected, due to a combination of weather or lack of manpower somewhere along the chain.

Several thousand doses of vaccine in California and Alabama had to be sent back to Pfizer in mid-December after hiccups in the transportation process.

Saldanha said companies are using GPS-enabled thermal sensitive devices to track each container along its journey.

Major delivery and supply companies such as USPS, UPS, FedEx and DHL are all involved in the transport.

But when plans veer off track, the government should be able to step in because emergency stockpiles should be waiting in the wings, Saldanha said.

In order to establish herd immunity, health experts estimate that at least 70 percent of the world population must be inoculated with the vaccine.

“We’re looking at, at least four to five billion people,” Saldanha said. “DHL said that will take 15,000 fights, 200,000 pallet shipments and 15 million cooling boxes over two years. That’s the scale of the situation. Those are the things that need managed at the required quality because we’re talking about people’s lives, all of us collectively.” 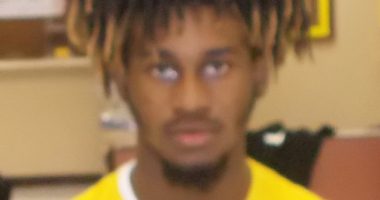 CHARMCO – Mount View should consider taking the nickname of the Cinderellas,…

WASHINGTON – Today, the U.S. Small Business Administration, in consultation with the U.S.… 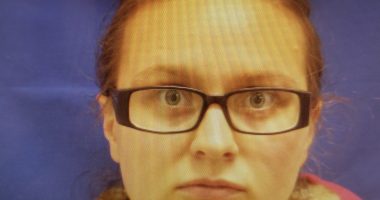 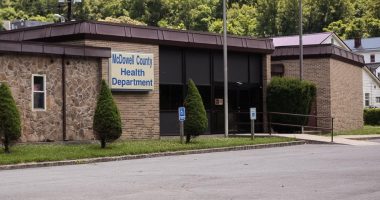